United States
The SuperMarioLogan Movie! (also known as The SML Movie for short) is a "supposed" upcoming YouTube film directed by Logan Thirtyacre. A teaser trailer was released on July 9, 2017.

The film was supposedly canceled, announced by Logan’s ex-girlfriend, Chilly, in 2019, and was less likely to be released in the future. Due to this, YouTuber MλFDOMiNUS confirmed he will be making his own version of the film, which is set to release on June 26th, 2021, deviating from the original plot.

Logan Thirtyacre confirmed in multiple vlogs that the movie will center around the main protagonist of the SML series, Mario. He also confirmed that the main antagonist would be Nancy. According to the trailer, it was revealed that someone was kidnapped. Fans had speculated that Jeffy was the one kidnapped, but Logan later clarified that it was in fact Mario that got kidnapped due to his hat being on the road. Logan also explained that if Nancy were to kidnap and kill Jeffy for the inheritance money left by Jacques Pierre François, Mario would still get the money since he still had custody of Jeffy, It has been also said that a desert will be involved, and Logan could have secretly gone there to film without telling his fans. The possible plot of a rescue mission is in hand. According to a Chilly vlog, Logan visited a prison type place with Chilly Jimenez, Tito Jimenez, and James Campbell. It is most likely going to be the prison that Nancy was in when she was arrested back in Jeffy's Parents. Also on Instagram, Logan posted a picture with Chris Netherton and Nancy at the prison type place that he visited, so there will be scenes taking place there.

According to Logan, almost every single character that has appeared in an SML video will appear in the movie in some capacity. He has also said that most of the appearances will contribute to the plot, rather than being pointless cameos. The movie will partially take place in a desert, and there will be a scene with an ice cream truck. The movie will be based around Mario and be about one hour in duration. Logan has stated in a Chilly vlog that he tried to get most of the movie recorded before June 27, because Lance was to be in Hawaii and Las Vegas, but the weather in Cantonment, FL (where Logan and the crew live) kept Logan back. However, in another vlog, Logan states that the movie is being delayed due to the rainy weather, Lance being in Hawaii, and still having to make the two videos a week (though he did miss a video due to that one taking a long time to edit). In the comment section of Chef Pee Pee's Accident!, he has stated that he will be uploading a short trailer for the movie the weekend of July 1, which has since been uploaded on Chilly's channel. On July 17, 2017, Logan visited a fort in Florida to film a scene that takes place in a prison. He also said that he made prison outfits for the movie.

A video uploaded on Chilly's vlog channel on July 30, 2017 showed Logan explaining that the movie is about 3/4 done (75%). But the problem is that Lovell, the voice actor who plays important characters like Chef Pee Pee, Bowser, Joseph, etc., wasn't with the filming crew, the reason being that he's finally getting help for something that he's been dealing with for a long time. Over much of August, there was not any Chef Pee Pee, Joseph, Toad, etc., until Chef Pee Pee The Octopus! was released. And also, according to Logan, the fans decided to wait for Lovell to return, rather than cutting most of his scenes out of the movie, in an attempt to get it released by Mid-August.

This is a rare occasion where many of SML's fans were very good and supportive of Logan and the crew. They were able to watch the Logan vlogs on Chilly's channel and could understand his recent stress with the demonetization and the drama, and therefore were very easy on Logan and Lovell, allowing them to take their time with the movie.

Because the hype is so big for the movie, fans were willing to wait until September for the movie just so the ending could be perfected with Lovell's characters. This contradicted what Logan thought his fans would want.

On August 16, 2017, Logan took Instagram to share the good news that Lovell is back earlier than expected and that they are going to be filming the rest of the scenes for the movie.

As of May 2019, almost 2 years after the planned release of the movie, there are rumors that the movie has either been canceled, shelved due to monetization, or it's just taking Logan a really long time to make the movie. Nobody knows what is actually happening concerning the movie as Logan won't give any updates. in July 2019, after a year of no updates, Logan said he would upload the movie on SuperBowserLogan once it is finished.

On March 4th, 2020, Chilly, Logan’s ex-girlfriend, stated that the film was canceled a year ago, and as stated, Logan was “too scared” to do an announcement of the film’s cancellation and hoped that anyone would forget about the film. However, this could be a rumor from her.

On May 12th, 2020, Lance stated in the comments section of the SML Q&A that there would be an entire SML Movie update video. However, every time Lance mentions it, trying to come up with excuses for Logan and them not to do it. Either stating it has to be sunny outside and or it to be a good day, only for it to not be made. So it may had either just been a rumor, or if it was planned out, or If Logan and the crew didn't want to make it.

In June 2020, a YouTuber by the name of CDusk flew out to Pensacola in order to get interviews from Logan, Chilly, Tito, and Crowd Killer who were involved in the SML Drama. When interviewing Chilly and Tito, CDusk asked Chilly about the tweet she made on March 4th, 2020 about the film's cancellation. Chilly claimed that only 2 minutes of the film were done, and Tito stated Logan stopped the film's production after he filmed the scenes at Fort Pickens. However, on the contrary, Logan, during his interview, said that he wants to complete the movie, with the entire plot written and half of the movie being already shot. He stated that production on the movie is on a hiatus due to Pablo not filming in-person with the SML crew; the reason being he is following safety precautions to keep his parents safe from COVID-19. The interviews were uploaded 3 months later and Pablo eventually returned to in-person filming. On November 4, 2020, Logan and the crew tested positive for COVID-19; the sole exception being Pablo. In Jeffy and Junior's Gold Play Button!, it is stated that the movie is still in production and is currently still in the works, hinting that production may continue in the near future.

As of January 2021, almost 4 years after the film's planned release, Logan hasn't announced any updates on the film's production. Rumors still persist that the movie may have either been postponed, canceled, stuck in development hell, or if it's being reworked on. Nobody knows what is actually going on since Logan himself has not confirmed anything and has been silent about the film for most of 2020. As of now, the film's status remains unknown.

In February 2021, Nintendo sent a cease-and-desist letter to Logan, which states that he cannot continue his SML YouTube channel with the use of the Mario plushies anymore. As a result, this means that the film is unlikely to be released with it's original plot. However, If there ever comes a movie later down the line, it'll most likely be using the Human Puppets and will not involve characters such as Mama Luigi, unless a Human Puppet is created for him.

The video idea was originally suggested by a fan named King James in the comment section of Jeffy's Stupid Home Video! Logan even responded saying "I will if I hit a million subscribers!﻿" When Logan officially announced the production of the movie during the post-credits scene in Bowser Junior Gets His Nose Pierced!, there were many positive reactions as fans even commented on their excitement for the upcoming movie. Lance, on April Fools Day 2017, while Logan, Chilly and Tito were in Chicago, did an April Fools video, which claimed to be the SuperMarioLogan Movie, but it ended up being Jeffy watching paint dry for 58 minutes as an April Fools Day prank. The video was later renamed Jeffy's Fun Day, in order not to confuse that with the real one. 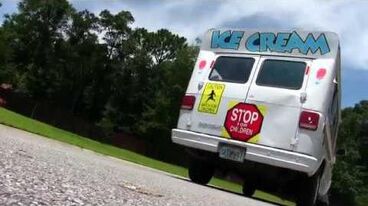 The SuperMarioLogan Movie Teaser Trailer
On July 9, 2017, the teaser trailer for the movie was released on Chilly's channel.
Add a photo to this gallery 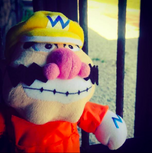 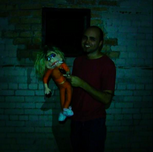 Add a photo to this gallery

Retrieved from "https://sml.fandom.com/wiki/The_SuperMarioLogan_Movie!?oldid=499500"
Community content is available under CC-BY-SA unless otherwise noted.