Chris Netherton (only when he moves) Lance Thirtyacre (in Spoken)
Ken is Cody's doll, however Cody believes that Ken is a real person and has had sexual intercourse many times with the doll.

Bowser Junior and Joseph think Cody is weird and gay because he has sex with Ken multiple times. Cody often exhibits a little too much public affection for the doll as for example in Bowser Junior's Package!, he can be seen on Facebook "bath time" with Ken with bubbles (implied to be semen) on his mouth and on Ken's crotch area. 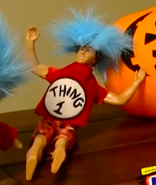 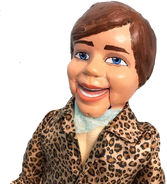 This is the poll for Ken. Do not edit the poll or this section of the page.

Community content is available under CC-BY-SA unless otherwise noted.