Hanging out with friends

Joseph Hisfriendfromschool or simply Joseph, is one of the main characters of SuperMarioLogan. He is a major character of most Bowser Junior videos and is seen in other videos, most notably certain Jeffy videos. As of right now, Joseph is a young red-shelled Koopa Paratroopa. With his physical characteristics, it is suggested that he became a turtle-bird hybrid, as he gained the ability to fly after he requested for a new shell with wings when he broke his shell. However, just because Joseph has wings doesn't mean that Joseph is part bird, as there is no evidence that he is, or if his wings are just wings and don't actually belong to a bird. Prior to that, he was a normal Koopa Troopa with a green shell. He is best friends with Bowser Junior and Cody. His actual name is Joseph Impossible Hop, or Joseph Impossible Hawk. He claims his dad is Tony Hawk.

In a non-canon dimension, Joseph lives in a mansion despite people thinking he was poor (he was only pretending to be poor). If the video revealing it was canon, Joseph would have been one of the richest characters in the series, along with Goodman, Richard Goodman, Benjamin Franklin Goodman, and King Strongbottom.

Despite being one of the main characters of the series, he is the main antagonist in some videos: Black Yoshi's Koolaid, Taken, Joseph's New Shell, Joseph The Millionaire!, Joseph the Hero!, Joseph's Imaginary Family, and Taken To Court!, and the secondary antagonist of The Call of Duty Blackout and Bowser Junior's Prank Gone Wrong!. He was also the main antagonist of the Pokemon series.

Debuting as a random friend of Junior's in Bowser Junior's Cellphone. Joseph, along with Cody, rose to prominence as major protagonists of the Summer School series, and has been a main character ever since as one of Bowser Junior's best friends.

Originally a just a regular kid with a speech impediment and a great love and talent for sport. Joseph slowly started losing his mind after he was led to believe he murdered his own mother in her sleep, and up until his friends visited his house, refused to believe and mocked him.

He usually spends his time with Junior and Cody, and it has become a running gag of his reminding Cody that his boyfriend, a Ken doll, isn't real, often yelling "Dude! He's a doll!" and "He's a doll dude!"

Joseph can be described in many ways. He mostly masquerades his true personality and pretends to act friendly, but irritable as he tried to appear cool. In Joseph the Hero! and Joseph the Millionaire!, it's revealed in reality he is aggressive, unsympathetic, cruel, hot-tempered, mean-spirited, perfectionistic and even sadistic to his former butler Chives to the point of depression. It is even revealed that he only comes to Junior's house to mooch off of him.

Like Junior, Joseph isn't the smartest person. Unlike Junior, however, he has some common sense and is a bit smarter than him but not as smart as Cody. However, in more recent episodes, Junior seems more intelligent, because in Joseph's Pet, when his fish died, he thought that his fish was alive while Junior and Cody knew that his fish was dead. He also doesn't know how to take care of a fish, since he bought a small bowl, fed his fish sprinkles, and took water out.

He appears to be bisexual, for wanting to plow Bowser Junior and attracted to Cody's step-sister.

Despite considering Junior his best friend, Joseph is shown to be disloyal to him at times, due to others being cooler or having cooler possessions than Junior. In some episodes, Joseph said himself that he's only friends with Junior just so he could mooch off of him. In Bowser Junior's 11th Birthday!, God said that since Junior was never born, Joseph died of starvation.

Joseph is a bully in some episodes such as in Jeffy's Backpack, he bullies Jeffy because he doesn't have a backpack. In Joseph's New Shell!, he insulted Junior, made fun of his shell, started using all of Junior’s things without asking and even got Bully Bill and Goomba to help beat Junior up. In Joseph the Millionaire!, he yells at Chives for not doing what he asks and only changes his mind so he can have an excuse to yell at him, which made Joseph as one of the most hated character.

Joseph has been shown to be insane, due to him not being told about his mother winning the lottery and abandoning him (and having lied about killing his mom), and living with Screwball in a house without electricity or running water. He also has a tendency to want to bang any woman, regardless of age or relation, much to Junior and Cody’s disgust.

He only managed to feed himself by stealing from his mother's purse whom she gave to Joseph after she won the lottery.

Despite his athletic abilities, Joseph is a coward as evidenced by his helplessness when Bowser beat up Joseph at the end of Bowser Junior's Big Spill! and his running gag of "I'M OUTTA HERE DUDE!".

Joseph has one of the shortest tempers out of everyone in the SML universe, and this trait is shown in it's spotlight in Joseph the Millionaire, where a common theme in the video is him flying into a hostile fury over the pettiest of reasons and even likes to torture his butler if he makes any "mistakes", meaning Joseph might be sadistic. He doesn’t even care that Chives was hurt and unconscious.

Joseph is also very greedy and ungrateful, as shown in Joseph the Hero! After saving Richard Goodman's life, he repeatedly started guilt-tripping him on how he isn't appreciating him enough for saving him from a car, because he didn't give him enough things and money, but was eventually stopped by Bowser Junior.

Joseph is also a liar as he lied about being poor because he is actually very rich as he has a mansion and is a millionaire.

Joseph was born on October 7, 2008, by Koopa Troopa and Joseph's Mom. Koopa Troopa mentally abused his wife on a daily basis, and he often told his wife that he goes out to work while he was secretly working for Bowser and never took care of his son at some point his dad died and turned into a skeleton.

Joseph has been killed a few times, but returned. He was killed by Black Yoshi in The Call of Duty Blackout, He was killed in Bowser Junior's Sleepover, this time by Chica, then killed by Cody in Cody The Magician! while doing a cut-in-half trick. Lastly, killed by The Hop Hop Bunny in Bowser Junior's 8th Birthday! He also owns a Charmander in the Pokemon series, which later evolved into a Charizard in Pokemon Part 6.

In Joseph's New Shell!, he attempted a skateboarding trick, but failed and broke his shell and traded his soul with Craig The Devil. He got a new red shell with wings, and red shoes to match. He now lives in a birdhouse because Junior was originally going to break his shell, but then he didn’t because Joseph didn’t have a home to live in. Prior to this episode, Joseph was a Koopa Troopa with a green shell.

Bowser Junior and Joseph are pretty good friends (from school) and get along pretty well with each other. If somebody is cooler than Junior, Joseph is on their side rather than on Junior's.

Usually, in an argument with Cody, he sides with Junior. Joseph probably gets along with Bowser Junior best out of all of the characters in the series.

Joseph thinks that Cody is weird and gay, because of him bringing his Ken doll with him everywhere he goes. Whenever Junior and Cody have an argument, Joseph mostly sides with Junior. However, in The School Project!, he takes Cody's side when Cody broke Junior's toy. Even though Bowser Junior wanted to work with Joseph, he wanted to work with Cody. They do hang out a lot and have fun together but sometimes will be stupid with each other for no reason.. But when Junior isn't around Joseph tends to act more chill with Cody. They're still considered friends but Joseph still thinks of him as weird,

He gets along with Toad well, and they also like to play basketball together.

Joseph's Mom abandoned Joseph after she won the lottery. Joseph was asleep so he assumed due to having a knife in his hand that he used to slit his mom's throat and killed her without knowing that she won the lottery and was alive. The supposed knife is still at Joseph's house, even after he found out she abandoned him.

However, in Joseph's Mom!, she has actually faked her death to abandon Joseph and live with a new family since she won $10M from a lottery ticket. She probably doesn't really care about Joseph that much, or like him at all since when she won the lottery, she abandoned him and never wanted to see him again.

It was later revealed that she didn’t abandon him and bought him a private mansion to live in with a butler. Joseph is also revealed to guilt trip her into giving him more money and even after she does something for him, he claims he hates her.

Joseph's Dad is dead, making him a Dry Bones.

Joseph hates Black Yoshi because he annoys him while playing Call Of Duty. In Bowser Junior's Summer School 3, when Black Yoshi shows his Call Of Duty game for Show and Tell, Joseph asks him what he would do if he met CharleyBrown678 in person. Black Yoshi replies that he would kill him, foreshadowing The Call of Duty Blackout.

Joseph gets along with Jeffy mostly, as they have played together in the Game Night Series and Bowser Junior's Playtime 5. However, in some episodes they don't seem to be good friends, as Joseph's reaction to Jeffy's behavior when they first met suggests that he thinks Jeffy is weird. He also bullies Jeffy in Jeffy's Backpack as Jeffy does not have a backpack. Jeffy also calls Joseph a fuckhead in Jeffy's Energy Drink!

Joseph and Bully Bill are friends because in Joseph's New Shell!, he befriended him to make himself look cool. It is unknown if they are still friends or if they stopped being friends as we only see that he doesn't go back to the playroom to tell him that they aren't friends.

There are numerous times when Joseph dies.

The Call Of Duty Blackout (Shot By Black Yoshi)
Bowser Junior's Sleepover (Murdered By Chica)
The Burger! (Accidentally wishes to not have a head after wishing for 2)
The Ouija Board! (Killed by a possessed Ken)
Cody The Magician! (revived)
Bowser Junior's 8th Birthday! (Killed by the Animatronics)
Happy Halloween! (Beaten to death by a Killer Clown)
Netflix and Kill (Girl kills him)
The Mystery Safe! (possibly)
The Magical Button! (revived)
SuperPowers 2 (Burns to death after using his power)
Spoken (Stabbed to death by Ken)

The Fortune Cookies! (possibly died or passed out from sleeping) (determinan)
The Science Fair! (Eaten by Petey the Piranha plant)

Bowser Junior Needs Help! (Got his head pulled off by Cody)

Chicken! (Chewed the power lines as a squirrel)

Among Us (Killed by an impostor) 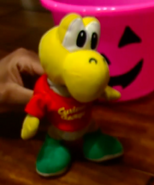 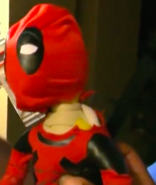 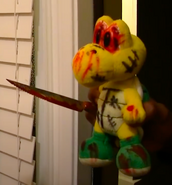 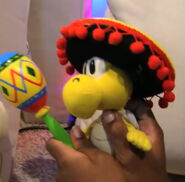 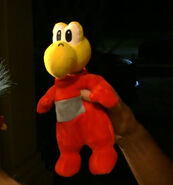 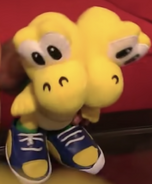 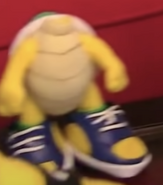 No Head
Add a photo to this gallery

Retrieved from "https://sml.fandom.com/wiki/Joseph?oldid=490233"
Community content is available under CC-BY-SA unless otherwise noted.